GIVE PEOPLE A CHANCE!

Save me the “first impression last longest” thing for now. It is sometimes the wrong impression. Am I saying presentation does not matter? Of course NO! But remember too that they say “you do not judge a book by its cover”. So you see, you need to be able to find a balance in all of life’s contradictory issues and know when to apply each of the above quotes.

If I were to give employers a salient piece of advice, I would say “GIVE PEOPLE A CHANCE; A BENEFIT OF DOUBT.”  Before you say “it is a tough world and for every vacancy put out, there are at least fifty people who need the job desperately so there is no time being sentimental about things”. Employers seem to be blinded by the enormity of the whole hiring process that a candidate is disqualified for the slightest mistake. They want the perfect or best man for the job.

Well, they may find out that the best is not good enough eventually. Employers are gradually realizing this in the past few years.

I found myself as ad-hoc human resource personnel when I worked with a particular person. A vacancy advert was put out, my then-boss told me to sort out the credentials of the applicants and as expected, I put the ones with major mistakes aside.

Well, when he went through it, he told me to give a call to everyone that met the minimum qualification regardless of the mistakes. I was wondering why!

On the day of the interview, he was unavoidably absent and therefore told me to interview all the applicants. He listed all he wanted me to examine and assess them on.

The task of talking for hours began but I tried to make the environment as calm as possible because I had been in their shoes before. Just as I was about finishing with the last applicant, he walked in, behaved as if he was not the boss and allowed me to finish with them.

Afterwards, he told me to rate them by giving them numbers.  I did and by the next day, someone was employed. I asked him why he chose that person, he said the only criteria he looked at was the fact that she was retained to work where she trained. That if she was not a well behaved and hardworking student, she would never have been retained.

Coincidentally, that was the person I gave number 1 to as well. She was not the ‘best’ applicant theoretically.  She came a little late therefore was the last to be interviewed, she was not formally dressed and she made a major mistake by applying for the wrong job despite seeing the advertised post. But since she had been lucky to be called for the interview, I put her on the pedestal of others. I pointed out her mistake to her. It had clearly been an oversight, she accepted and apologised, she also had this strong willingness to learn and that finally struck me.

Were we wrong by choosing her? NO! She turned out to be a very resourceful, lively person. Anytime she was at work, the whole place brightens up. Mind you, among the applicants were people who even lived closer to the workplace than her and there was someone who had the ‘foreign’ experience which should be a plus but somehow  they were not rated first.

When I saw how useful the hired applicant was, I started to think what if we did not hire her. We would have missed this asset.

This also happens in human relationships as well, people judge others based on their appearance, family background, educational status, societal class and workplace. But eventually, they soon discover that despite these ratings being important, they do not necessarily define a person.

BOTTOM LINE: Give people a chance to see who they really are.

Agree or disagree? kindly drop your thoughts. Thanks. 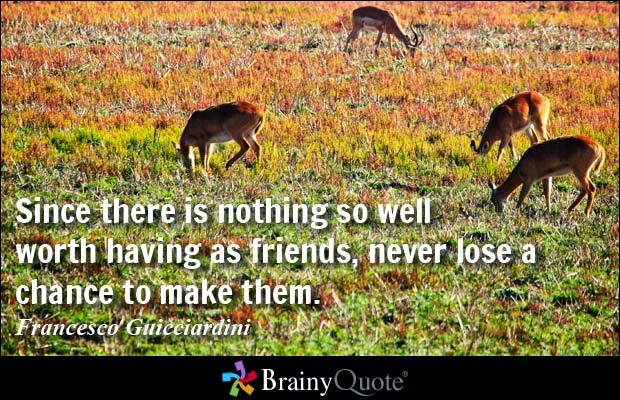