Hey there, somehow I feel I need this message now more than anyone else but as usual… the thing about being a writer is you can be talking to yourself through what you write and along side  be talking to all your distinguished readers.

Okay, enough of the intro but do me a favour….share with as many people as you feel may find it needful. You never know who it can help.

I was with a colleague and somehow we got talking as usual (girls and gist ehn) and she mentioned how we hear that some people have committed suicide and leaves us in awe.
Now, if they were people that we knew had various disturbing issues…we probably would have been very sympathetic but the strange thing is…these people are those we thought had everything running well for them. Apparently they had been depressed all along and no one knew it.

There is so much negativity around the world now and the media isn’t helping matters at all that no matter how many good things are going well for one, one is tempted to focus on the negative; on the things that aren’t like they should be.

The negative thought just keeps coming and clouding the mind and eventually one is blinded to the good things one has gotten even without merit. Or what else would make someone who is in the habit of making people laugh effortlessly commit suicide.

Now, there are two perspectives to these negative vibes.

The angle where the negativity is from all around. Let me paint a picture.

Titi is a fresh student in a prestigious higher institution of learning. She is in high spirits, determined to plunge herself into serious academic work and excel but she meets Peju who has had two siblings (who were once secondary school local champions)  rusticated from different universities and has her morale very low. Before long if Titi isn’t careful she would end up with the ‘I cannot’ spirit.

So somehow, it would be necessary to detach from people who have no positive news to offer- people who leave you feeling worse than they met you.  You can also determine to be to someone who doesn’t go around carrying all the bad news and negativity.

The second scenario is where the negativity comes from within; this is a more difficult situation to be in and sadly enough almost all of us are somehow guilty of this although to varying degrees.

Presently,I am reading Joyce Meyer’s BATTLEFIELD OF THE MIND and I am now getting to understand some things more. How we have a choice to either allow negative or positive thoughts in our mind. We can decide to see things from either side of the coin and that no matter how strong we are, we can always be tempted to slip into negativity except we continually renew our mind.

So the challenge is to continually renew our minds, decide to see the positive part of things and detach for negativity as much as possible.
That said, I wish you and myself a positive life. CHEERS 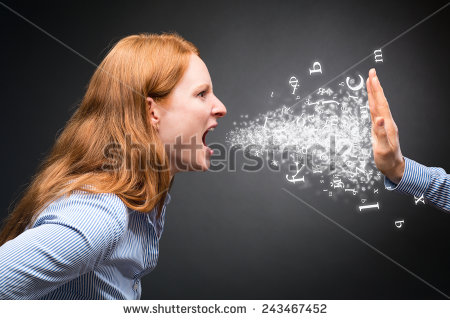