SOMEONE IS WATCHING OVER YOU! 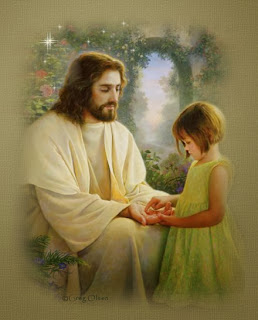 It was Christmas Eve 1875 and Ira Sankey was travelling on a Delaware River Steam boat when he was recognized by some of the passengers. His picture had been in the newspaper because he was the song leader for the famous evangelist-D.L Moody. They asked him to sing one of his hymns but Sankey demurred saying that he preferred to sing William B Bradbury‘s hymn. “Saviour, like a shepherd lead us”
As he sang the song, one of the stanzas began “We are thine, do thou befriend us. Be the guardian of our way.” When he finished, a man stepped from the shadows and asked, ‘Did you ever serve in the union army?’
“yes” Mr  Sankey answered “ in the spring of 1860”
“Can you remember if you were doing picket duty on a  bright, moonlit night in 1862?”
“yes!” Mr Sankey answered very much surprised
“So did I, but I was serving in the confederate army. When I saw you standing at your post, I thought to myself “that fellow will never get away alive” I raised my musket (a type of gun) and took aim. I was standing in the shadow completely concealed, while the full light was falling on you. At that instance, just as a moment ago, you raised your eyes to heaven and began to sing… let him sing his song to the end I said to myself, I can shoot him afterwards. He is my victim at all events and my bullet cannot miss him. But the song you sang then was the song you sang just now. I heard the words perfectly “we are thine, do thou befriend us. Be the guardian of our way.” Those words stirred up many memories. I began to think of my childhood and my God fearing mother. She had many times sung that song to me. When you had finished your song, it was impossible for me to take aim again. I thought, the lord who is able to save that man from certain death must surely be great and mighty. And my arm of its own accord dropped limp at my side” -written by K Hughes.
This is a thrilling story of how God saved someone and is still saving till date. So friend, when you find yourself in that desperate situation and feel no one is near or no one cares, this is just to remind you that someone is watching over you.
Error happened.
Post Views: 32