Hello my dear and highly esteemed blog readers and friends, here is the next episode of this exciting series. If you missed the last one, you can find it here
****************
I told him how I initially met Tayo during my final year, he was a National Youth Corps member living within the same compound that I lived outside campus. As good peace loving neighbours we were quite cordial and sometimes together with other students we would spend time in his room gisting. He graduated from Obafemi Awolowo University and he had a million and one things about his Alma Mata to tell us.
Later on in the year he told me he had observed me well and would like to make me his wife in the future. That was quite daring for me, wife??? Just like that??? Well, since I was in my final year, I thought it would not be a bad idea to start thinking of marriage. So I told him, “wife” is quite a commitment but we could still be dating while we see if marriage was an option.

As with any regular relationship, we had our good and bad days but we pulled through. I graduated before he finished his service year and he was present at my convocation. I introduced him briefly to my parents and siblings as my friend and they warmly greeted him but never gave him a second thought.
Well, I introduced many people who came to celebrate with me as friends so there was no reason to sense anything. He took pictures with me and my family. After graduation, I went back to Ibadan to wait for my call up for the compulsory National Youth Service. 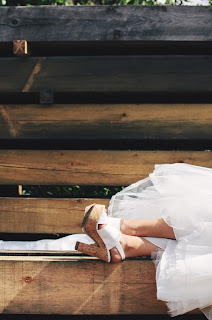 My relationship with Tayo continued after I graduated,  I would sometimes sneak to Lagos to see him and he would reciprocate the visits as well. We got along so well until he finished his service year and traveled abroad for his master’s degree. He promised to be in touch and he did. He would send letters call me and even send gifts; I was over the moon.
Then suddenly I stopped hearing from him; no calls, no letters, no gifts, his telephone number wasn’t going through again and my letters were not acknowledged. I did not take it well.
I was posted to Akwa-Ibom; through-out the service year, I literally sulked. The new environment was strange to me, a huge culture shock. I felt my parents could influence my redeployment but they refused, it looked to me like they wanted to get rid of me. To make matters worse, my boyfriend went incommunicado. I thought of all the bad things possible; maybe he met another girl, maybe he was killed, maybe he was sent to jail, maybe he didn’t like me again, maybe he got carried away with work etc. Through-out my service year, I did not hear from Tayo.  Despite the fact that I met great people who wanted to be friends with me, I just could not get myself to make friends.
My elder sister got married during my service year, all eyes were on me during her wedding, People kept telling me I was next and should finish my service year and fix a date. I kept rolling my eyes at their back.
“Me, that does not even have a boyfriend should fix a date…date for what please?” I thought to myself. Moreover, I was planning to work for like a year, gather some experience and travel abroad for my master’s degree.
Nothing was going to stop me. Once I was done with that I can marry whoever I choose. I had my plans laid out and was not ready to compromise such. My sister was rounding up her masters as well so why were these people comparing us.
The wedding went well and my sister moved in with her husband.  The night of the wedding, my parents decided to have a heart to heart talk with me about my plans for the first time.
I was surprised but frankly told them my plans. They did not oppose me but instead promised to sponsor my master’s degree in case I do not get a scholarship. I was overwhelmed; with a glad heart I returned to Akwa-Ibom the next day.
Uneventfully, the service year ended, I moved back to Ibadan. Before long, I got a job with a computing firm in Lagos and I relocated to Lagos again, life continued normally. I had to get a one room apartment and a car; many thanks to my parents and the money I was able to save during my service year. I picked up the pieces of my shattered heart, pieced them together and I was ready to love again.
To be continued…find out who stole my heart after a one-year break.
Error happened.
Post Views: 23