Hello everyone, I am sorry this episode is a bit late, I had more on my Plate this past week. Here is the continuation of the exciting series on the love life of Wuralola, and if you missed the previous episode click here quickly to follow the story well
Be nice, remember to share with a friend. Cheers
*******************
I chatted for long with my brother about all that happened. He offered me comfort and told me to look elsewhere since Wale was already off the market.
The marriage pictures I saw was the last straw that broke the camel’s back for me. I gave up on love totally.
The following  weeks were hell for me, I kept looking at the pictures my brother sent and concluded that love was probably not for me.
“Why is it that the very cool dudes I meet and love so hard seem to slip off my hands?…first it was Chucks; the guy I met in my second year in school, then Tayo; whom I met in my final year and now Wale- with whom I had built my fantasies of the future.” I soliloquized one day.
My colleagues in class noticed something was wrong with me and tried to find out but I barely said much. However, Tracy, a Ghanaian lady would not take no for an answer, she kept breaking through all the walls I had built around my heart till I finally had to succumb and spill everything to her.
She was there for me, she showered me with so much love that I coiled out of my shell and came back to my normal bubbly self. She gradually introduced me to various extra-curricular activities on campus.
I started to have the fun I planned to have when I set out for the Master’s program. We went to theaters, musical concerts, zoological gardens, dinners and many other events just to have some fun aside school work. Tracy really did a very good job.
Three months to the end of my program, she dragged me to an African dinner. I met with many nationals from Africa, it was a great experience. We had lots of African dishes and music; I danced like I have never done since I was born, made friends too and exchanged contact numbers with some of them. It was a great experience.
Just as I was about leaving the party; someone tapped me at the shoulder. I turned and was stunned as to who I met. I signaled to Tracy to hold on a bit- she agreed gladly and returned to the dance floor. 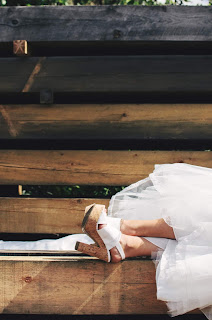 I met Chuks again!
“Heyyy” I greeted with so much excitement and glee.
“Hiii” he responded in his usual calm manner.
“What are you doing here? Don’t tell me you had been looking at me all along?” I asked, somewhat surprised.
“Well, I actually have. I noticed you when you came in but did not want to get you engaged throughout the party. I wanted you to enjoy yourself and it also allowed me to observe you anyway” He said with a wink.
“No way! So I was being monitored, this isn’t fair”
He laughed heartily.
I asked why he disappeared into the thin air. He told me he lost my contact, got busy with life and also travelled abroad for a further study. He was presently running his Ph. D. program and also works as an assistant lecturer at a University in a nearby city. He was invited by his friend who was at the same university as me. It was really nice catching up with him.
After about thirty minutes of reuniting, we exchanged contacts and promised to keep in touch. I left the place quite happy.
Of course, as you should expect, Tracy asked  who the guy was and I gave her a download of our history together.
“My friend, I am really happy for you” She said
With a look of shock, I replied “What for?”
“That you are finding love again”
I laughed sarcastically “Says who? What if he was married, what if he had a girlfriend or fiancée? One cannot conclude yet”
“Well, that is true but now tell me, what if he asks you out, will you give him a chance?” she asked with that serious look she sometimes puts on.
“Erm, well…I think I will, considering the fact that we dated but never broke up. We just lost contact after he graduated.” I replied her
“Nice, look at you blushing. You must have really loved him then right?”
“Oh really, am I blushing?” I covered my cheeks with my palms.
“Yes you are” she said with a wink
I smiled and said nothing. We had reached our lodge, said goodbyes and parted ways.
I entered my room exhausted but happy; first I had a lot of fun at the dinner and then I met chucks- that I still thought about just recently…what a coincidence!
Find out how things went with Chuks, my once lost love!
Error happened.
Post Views: 34