THE GOOD IN MY COUNTRY LAND- 2 (Stranded children)

Hi every one. It’s another encounter in my country-Nigeria.This series started last month and it’s aim is to help you know or appreciate that despite all the bad image presented to every one of Nigeria, there are still good people. Enjoy and Drop your thought.
THANKS!

One of my friends has this huge unphathomable phobia for Lagos- the commercial capital city of Nigeria.

So much has been said about the city- its craziness, traffic, high cost of living, high crime rate, number of accidents, population and so on.

But for someone who was birthed there, we sometimes think life outside the city is boring and one will  likely die of ‘too much calmness’.

Well, now that she had a close shave with kidnappers in her perceived ‘peaceful city’, she hopefully will start to reconsider that thought and realise that nowhere is entirely safe and peaceful.

Well to the crux of this article, these two scenarios happened in Lagos and I witnessed both.

Peaceful afternoon at Iju; the usual craziness is there but nothing out of hand and then there was a loud noise, screeching of tyres, people holding their hands in the air. The car came to a halt. A little boy had been hit. The shocked driver jumped out of the car, ran to help the boy, passers-by had rallied round and carried the shocked around-four-year old boy. He was speechless, just looking at everyone.

People were yelling “where is his mother?” They looked round. Nobody came to signify.

Someone was yelling, “Doctor, let us take him to see a doctor.” But the boy was unhurt- no scratch, no bruises, no broken bones. He was only speechless- apparently out of shock. They looked round and did not locate any other child with a similar school uniform to maybe suggest he was in company of others.

Well, they concluded that either his mother left him to go home alone through a highly busy area or the boy just carried his bag and walked away from school without anyone noticing him.

One particular woman was fazed the most; she took him by the hand and headed to the nearest police station.
“I will see to it that your careless mother sleeps in the police cell today for this act” she said to the apparently clueless child as she dragged him along. He had been helped. I knew it.

Another afternoon in Ikeja; two children, aged around six and three-stranded by the road. Someone accosted them, asked for their names, requested for their parent’s phone number. They did not know.

The younger was just speechless. The older boy was answering the barrage of questions although not giving vital information to assist their safe return to their parents.

Gradually, passers-by begin to stop by and finally I knew they were going to be safe. Eventually their parents would find them most likely at the police station.

News media tend to paint the city like; once you hop in, you will be whisked away.

Yes, the crime rate is high but there are still some good Nigerians that will go to any length to protect their fellow man in exchange for nothing.

Dare to be that person! 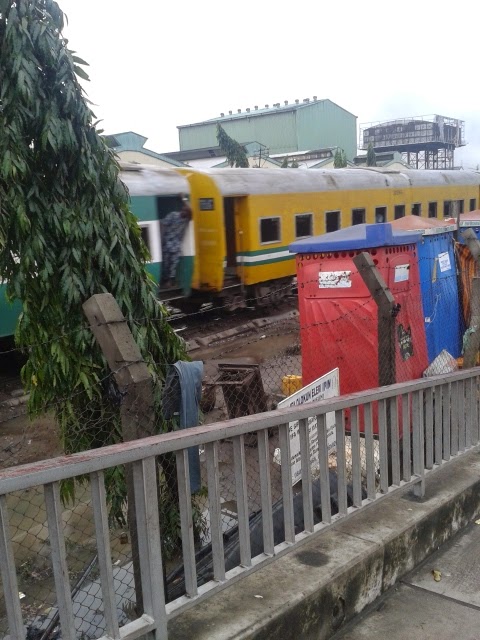